In the past weeks, the building constructed at the Hockenheimring in 2014 was spruced up and decorated with new labels that also display the cooperation of the lubricant manufacturer based in Werther, East-Westphalia, and the Aston Martin Cognizant Formula One™ Team. 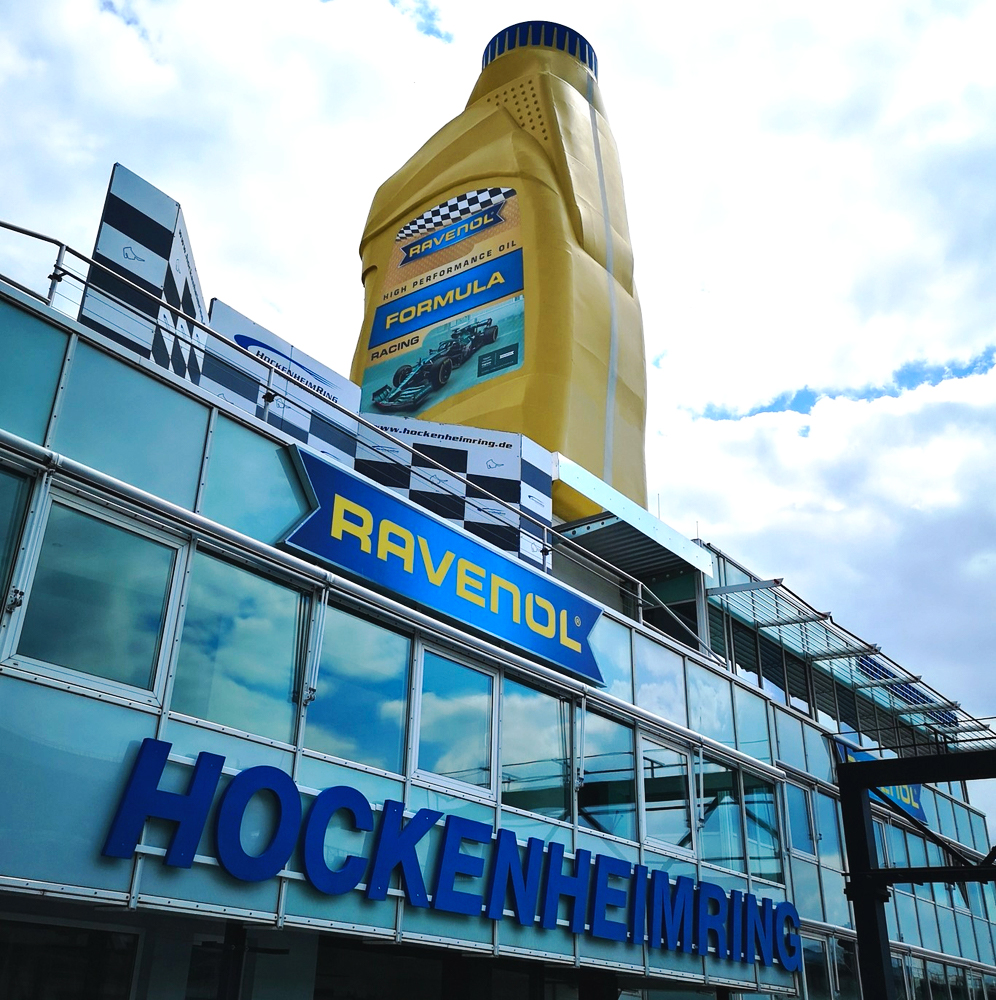 Ravensberger Schmierstoffvertrieb GmbH with its RAVENOL trademark is in its 75th anniversary year a producer of high-quality premium lubricants for various areas of application, as well as a (technical) partner for racing series, international top teams and traditional race tracks such as Hockenheimring.

Nowadays, the race tracks in Baden-Württemberg are not only associated with the appearance of Formula 1 but also with the well-known racing series and events such as the DTM, ADAC GT Masters, Bosch Hockenheim Historic, IDM, NitrOlympX and many others.

RAVENOL lubricants are used in almost all areas of motorsports: formula and touring cars, GT racing, rally, truck and kart racing and also in maritime and motorcycle racing.